USAF fast-jet visits to Mildenhall and Lakenheath during 2016

2016 has seen a welcome rise in the appearance of CONUS based fighter aircraft through the Suffolk bases of Mildenhall and Lakenheath. The presence of US based fighters in Europe has been gradually declining since the end of the Cold War, and even the increase in activity in Afghanistan and the Middle East only saw occasional transits through Suffolk. But recent rises in tension with Russia has meant a more tangible presence in the Baltic and Eastern European states, coupled with continued operations in Afghanistan, and now Syria, has meant a rise in US combat units operating in Europe and the Middle East.

The majority of deployments will transit through Southern Europe, to cross the Atlantic over more temperate seas, using for example Moron in Spain and Lajes in the Azores.

Sometimes though, aircraft unserviceabilities (both fighter and tanker), or weather issues can mean that some of these aircraft will transit through Suffolk, usually on their way home. What the future holds for these with the potential movement of the 100thARW to Germany and the future closure of Mildenhall is open to speculation, so for now make the most of what we can, and take a look back at some of 2016's visits. 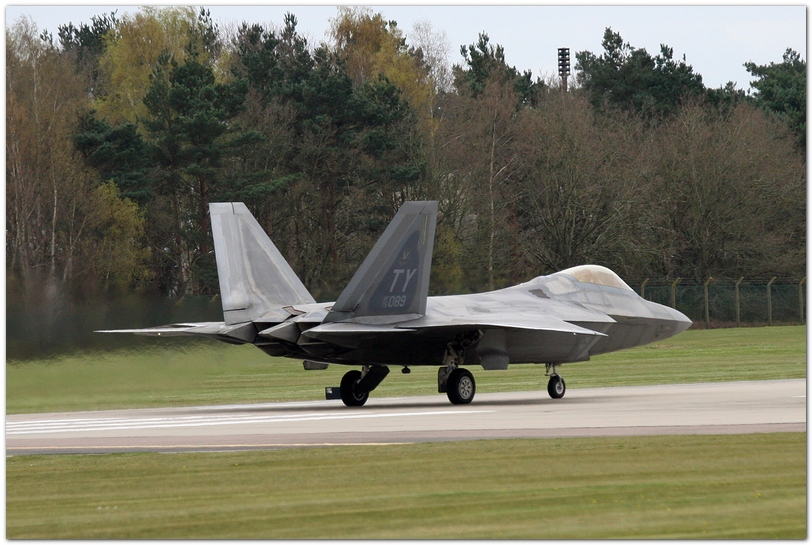 April saw a detachment of F-22 Raptors operating out of Lakenheath for a couple of weeks. They came from the 325th Fighter Wing at Tyndall, Florida, flying missions with the based 48th Fighter Wing F-15s, as well as flying some missions into Europe. 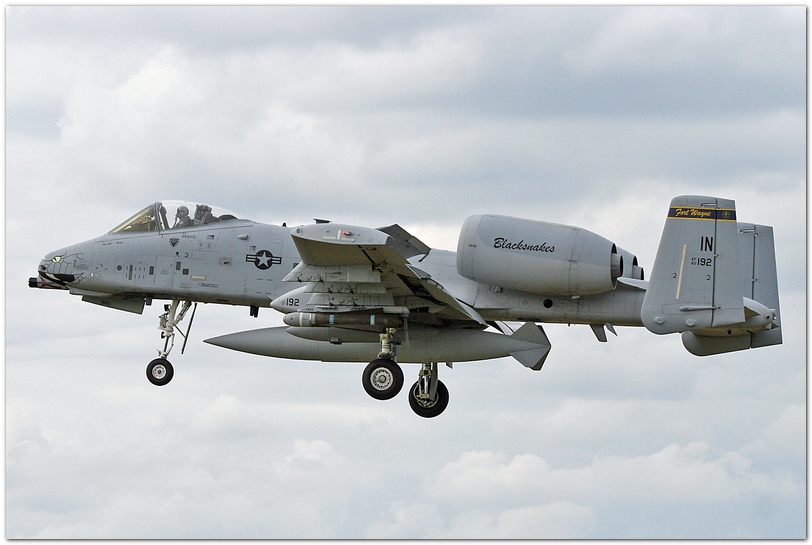 At the start of August, it was good to see A-10s flying again over Suffolk skies. Indiana ANG "Blacksnakes" of the 122nd Fighter Wing called into Lakenheath on the way home to Fort Wayne. 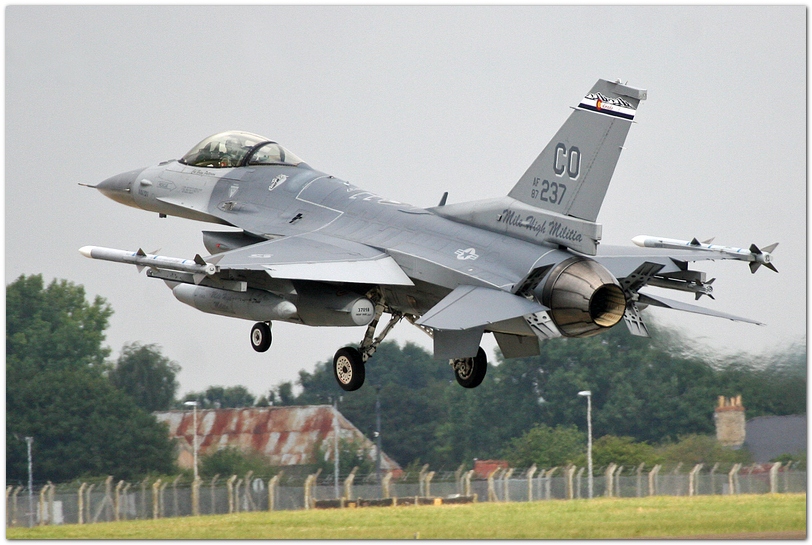 Early August also saw a number of Colorado ANG F-16s stage through Mildenhall on their way home. The "Mile High Militia" of the 140th Fighter Wing are home based at Buckley, Colorado. 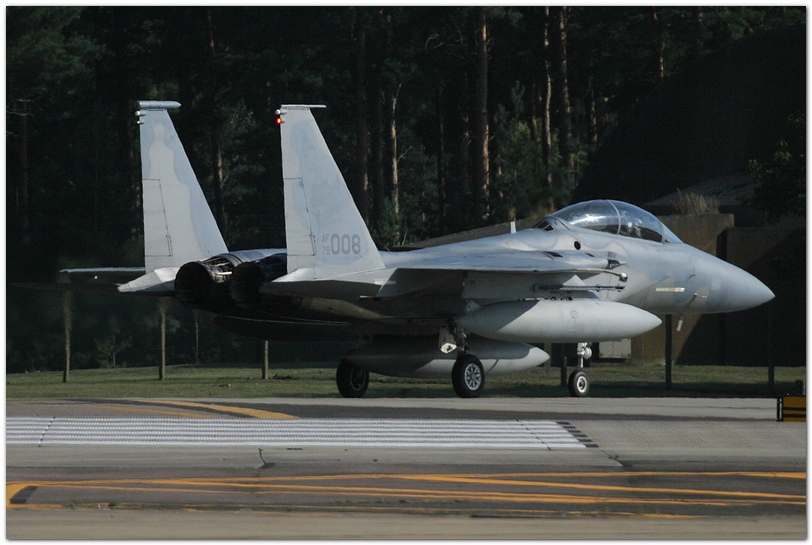 September saw a delivery through Lakenheath of a number of F-15D Eagles to the Israeli Air Force. These former USAF aircraft were previously based in Oregon, and were part of a recent military aid package to Israel. 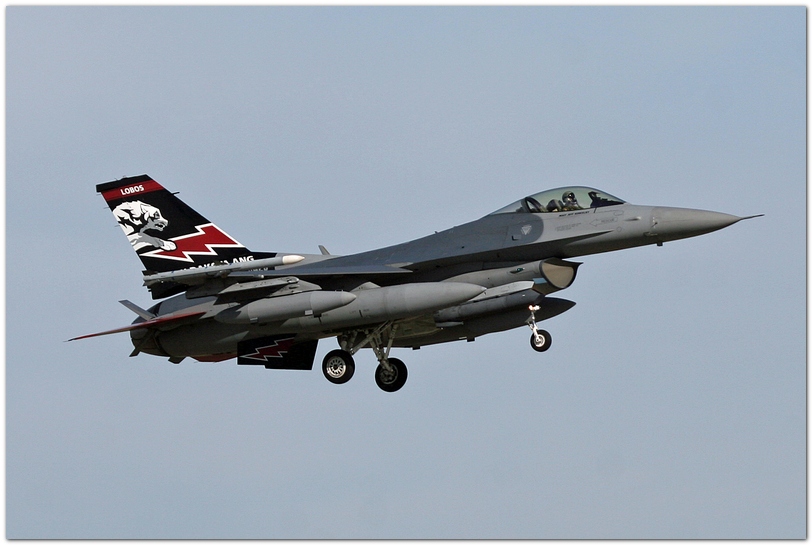 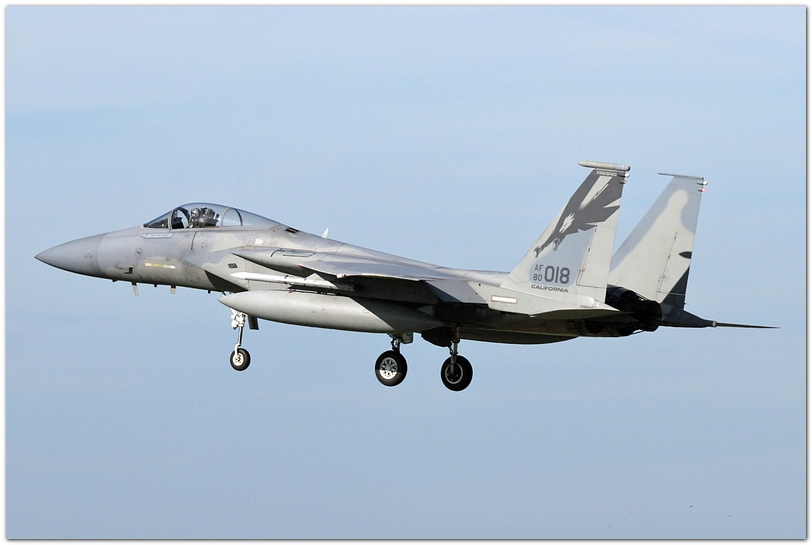 At the end of a major Theatre Support Package deployment to Europe, F-15s from the Massachusetts and California ANG units stopped at Lakenheath prior to their trans-Atlantic crossing. The 144th Fighter Wing at Fresno, California was one of the units involved.

The other unit involved in the Theatre Support Package was the Massachusetts ANG 104th Fighter Wing, home based at Westfield / Springfield-Barnes Municipal Airport, Massachusetts. 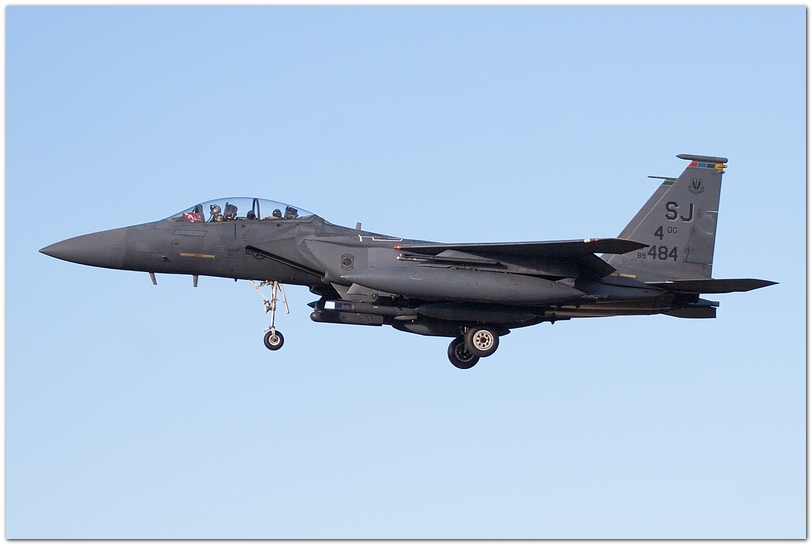 Four F-15E Strike Eagles from the 4th Fighter Wing at Seymour Johnson stopped off at Lakenheath in November after falling out of the main deployment home to North Carolina.